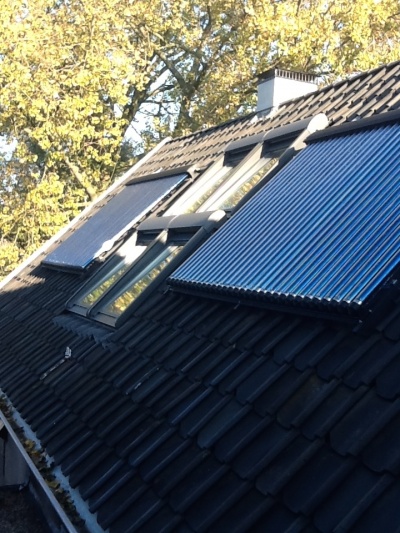 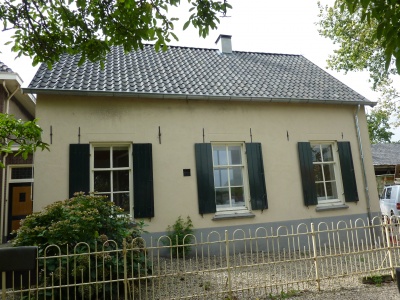 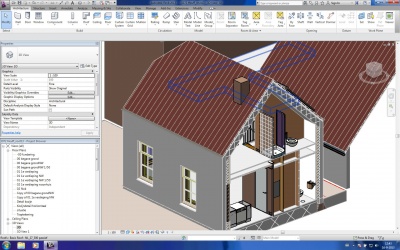 The owner, Matthijs Heuff, wanted to live on his parents’ impoverished estate to keep it intact. Next to the large dwelling house, there is a bake house dating from around 1700 that was still in use as a kitchen. The idea of the client was to make this into a separate dwelling. The municipality of Buren, the Netherlands, of which Erichem is a part, places requirements on habitation: the entire estate had to become a municipal monument so that a second dwelling (the Bake house) could be created to maintain the estate. The outside of the Bake house had to remain intact. The owner was able to borrow € 90,000 from the bank for the renovation. Initially, the owner intended to arrange the renovation via a contractor and have it renovated traditionally. BouwQuest was also asked to submit an idea and together with the owner came up with the idea of developing a sustainable and energy efficient solution along the client’s vision of sustainable reuse of the estate.

The gas fire in the kitchen was always on. Matthijs Heuff was charmed by the idea of being able to dispense with the gas supply and in fact to heat his house with the energy available on his estate (pruning waste). Energy efficient renovation follows the Trias Energetica, therefore, energy saving first. The idea of a passive house appealed to Matthijs Heuff and revealed his level of ambition. Passive house requires less than 15 kWh/m2 per year to heat the house. This usually exceeds 150 kWh/m2 per year for existing houses. For the bake house, it was even higher. When renovating a building, this 15 kWh/m2 per year is not always achievable, especially if most windows face north as was the case here.

Together with the owner, a BIM model of the current situation was made at the kitchen table on a laptop. Measurements could be performed immediately and measurements from the model were checked. The idea quickly came to install a set of skylights in the south-facing roof to allow in the warm sun in the winter. The BIM model makes it possible to analyse the impact. It is even possible to calculate this to see when temperatures fall outside of previously specified boundaries. The simulation led to the idea of moving the stairs in the hallway, which led to the bedroom, to a location directly below the skylights in the living room. The spatial effect is huge! All of the possibilities were clearly visible.

With the first model that recorded the ambition for the renovation, it was decided to approach a contractor with experience in passive building. Van der Maazen from Lith was experienced with passive houses. Instead of having a list of requirements that would be costed, the owner and contractor together examined how the ambitious result could be achieved within the available budget. The integrated approach allows different things to be considered than in a price negotiation. Together with the installer that Van der Maazen had collaborated with before, the full picture was elaborated. The supplier of the ventilation system and the supplier of the hot water solar boiler were integrated in the project organisation. Ideas to insulate the ground floor with foam concrete could easily be changed to using innovative Argex pellets and a thin concrete floor. This method reduces costs and achieves high insulation levels. The possibilities and impossibilities were discussed and dealt with. This allowed construction to be started quickly after the building permit was obtained.

Just before the contractor’s contract was to be signed, acquaintances of Matthijs Heuff urged him to have another contractor quote for the project ‘because it could surely be done cheaper’. People frequently voiced the opinion that the contractor’s price was much too expensive. Not asking the competition to quote was ‘really not done’. Even so, the client stood behind the process, because of the openness shown about how the price was reached. Now everyone thinks that it is a nice house and that Matthijs got value for money. A lack of imagination among Matthijs’s acquaintances led to them falling back on the principle of bidding. In today’s society, ‘value for money’ means ‘bidding’.