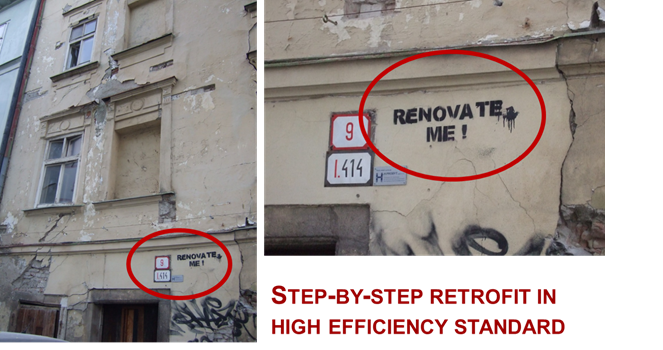 At present, EnerPHit certification can be achieved if all energy related building components have been modernised completely using Passive House components. However, often times many buildings are modernised in a step-by-step manner with long time intervals in between each step. Statistics of the German national efficiency funding programmes of the KfW-Bank show that approximately 2/3 of all funded projects consisted of single or multiple retrofit measures. It thereby is assumed that a majority of retrofits is carried out partially, often single measures only, and buildings are not improved to a high efficiency level such as EnerPHit in the first shot. There are a lot of reasons which may lead to stepwise refurbishment of a building. For step-by-step retrofitting, the retrofit concept to be chosen leads to various approaches and depends on several factors, such as budget availability, disturbance of inhabitants, life cycle of components or competence of the designer and motivation of the investor. In general, stepwise retrofits can be sorted into two main categories such as

1. Stepwise retrofitting of a building component by component

In this case, the whole building is being modernised, but only one or several components. For example, in a first step, insulation of the building envelope is applied, in a second step the windows and airtightness are installed, and in a last step, a ventilation system and heating and RES concepts are implemented, as can be seen in Figure 2 below:

2. Partial retrofitting of a building part by part

Buildings may also be retrofitted not as a whole, but partially. Starting with a section of the building only, then including all or at least most components, the efficiency of a certain part of the building is updated. This part can either consist of a building side or façade, a single or several flats or even whole building sections, as illustrated above in the Figure 3. 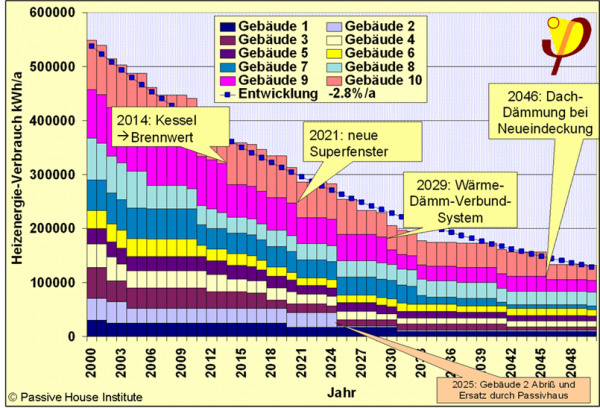 Either way, systematic planning or quality assurance is rarely carried out in such instances. In many countries, single measures do not even require a building authority approval. Thereby, in many cases a qualified designer or consultant won´t even be involved. The quality measures will be designed and chosen based on budget and competence of the investor or building owner and carried out by a contractor with a more or less moderate knowledge on building efficiency. This may, however, lead to shallow retrofit measures, and also measures which might compromise high efficiency standards of later retrofit steps, thereby create lock in effects. In order to achieve highest efficiency for retrofits of the building stock, thereby CO2 emission reductions of 80% or higher, single retrofit measure of step-by-step retrofits should be carried out according to high quality standards and a sound retrofit concept. 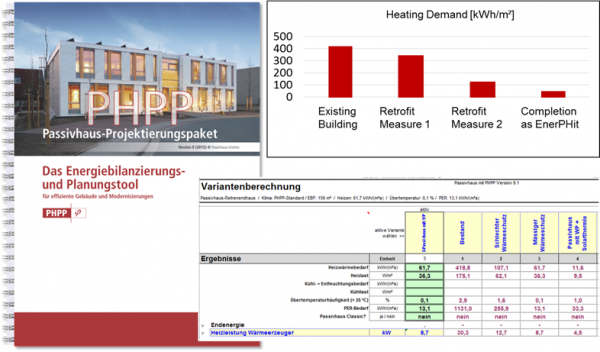 Figure 5: PHPP 9 with data entry of retrofit steps
So, instead of retrofitting a single component now and identify problems with following measures later, setting up an overall retrofit plan is the proper way to do it. Even though the initial effort for setting up such a plan, the creation of such a document makes sense, enabling the investor or building owner to have an overview over the efficiency properties of his building, the retrofit requirements and schedule and the reduction potentials for energy consumption and CO2 emissions.


An overall refurbishment plan set up like this allows the building owner to understand the retrofit concept, required component qualities and dependencies of the separate retrofit steps. Just as well, the contractors, who will carry out the retrofit steps have this document as guideline for their work. 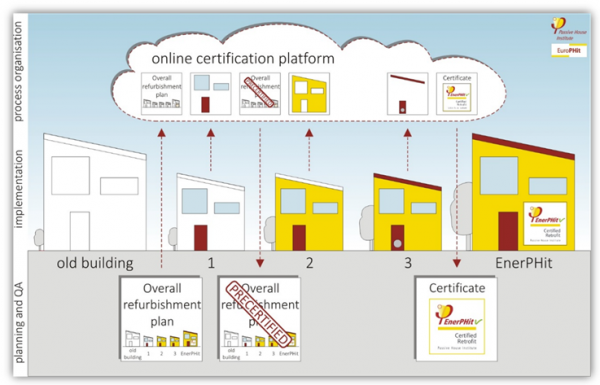 As a result, the Passive House Institute is currently developing a quality assurance system for step-by-step refurbishments. The focus of this new certification process is an overall concept for modernisation which includes all energy-relevant building components and defines reasonable thermal protection standards and completion times for each of these. In addition, the position of the insulation layer and the airtight level are defined for the future steps in advance so that connections of building components can be implemented in an airtight and thermal bridge free manner at a later time. Dependencies between different building components are considered, using a checklist, so that a coherent and viable overall concept can be developed.

All modernisation steps will then be entered into a new version of the Passive House Planning Package (PHPP) which has been optimised for this purpose. After the overall concept has been reviewed by a PHI-accredited certifier and the first modernisation step has been implemented, the concept can be certified. This confirms that the EnerPHit Standard will be achieved following the successful implementation of all modernisation steps as planned. This review is a precursor to the EnerPHit certification which may only take place years later after the overall refurbishment is completed.
Following this concept, it is guaranteed that a retrofit plan started can be carried out according to the highly ambitious concept that was foreseen from the start, even over a bigger time span of many years.

Thereby, even in case of the change of the building owner, the consultant or contractors, the basic concept and requirements for the deep retrofit approach are always comprehensive and available. To allow a continuous work-flow for long time retrofit processes, the certification scheme also offers to store the relevant document such as plan materials, details, component datasheets or PHPP calculation on a Certification Platform, that supports a streamlined certification process and documentation over many years. 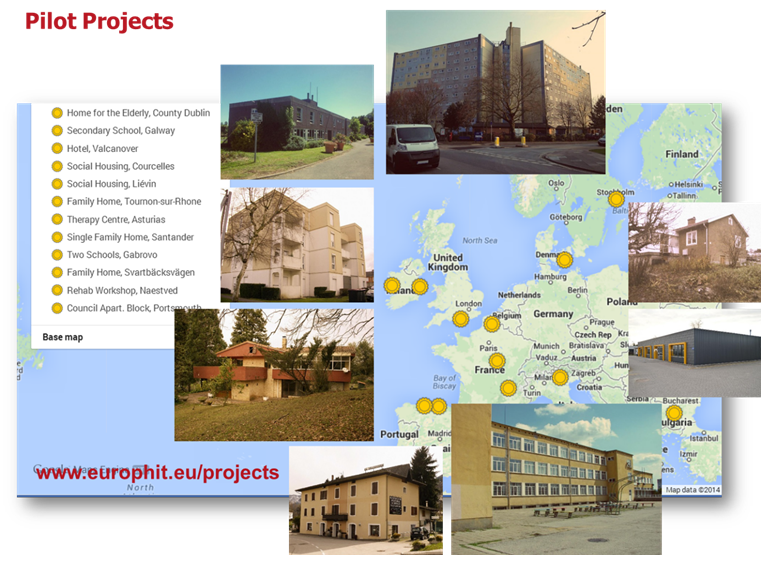 Figure 7: Case study projects illustrating step-by-step approaches
The certification process described above as well as the certification platform have been developed in the European IEE funding project EuroPHit. In this project, practical pilot projects of step-by-step retrofits are carried out to gain practical experiences with the certification process, set up catalogues with exemplary construction details, videos of installation procedures, and guides for modernisation pro-cesses will be developed and made available. In addition, the planning and expert teams involved in these pilot projects will be trained for the specific requirements of step-by-step refurbishment projects.


Further information regarding EuroPHit can be found online at: www.europhit.de

The sole responsibility for the content of this [webpage, publication etc.] lies with the authors. It doesnot necessarily reflect the opinion of the European Union. Neither the EACI nor the European Commission are responsible for any use that may be made of the information contained therein.