No other city has more Passive House buildings than Frankfurt. Participants of the International Passive House Conference 2013 will be able to take a look at some selected examples including a variety of residential buildings and offices but also other buildings types such as schools and a fire station. Building owners and occupants will explain the special challenges presented by the respective projects. A total of nine guided tours will be offered on Sunday 21 April. One of the tours will include a very successful Passive House project in the Frankfurt Nordend district. In order to preserve the historical appearance of the school building, it was decided that the new school canteen should be located underground. "Our very first underground Passive House – which is simply out of this world," says Mathias Linder, Director of the Energy Management Unit of the City of Frankfurt Building Department. In the neighbouring district of Bornheim we will visit a children's day nursery built in the new residential area of Eulenberg. Besides the clever arrangement of the rooms which allows the use of natural light, the intricately worked plaster facade is of particular interest here. In Praunheim, the Liebigschule Passive House school sports hall which has been built as a flexible modular system will be viewed. "This is a building block system which adapts to its surroundings," says Linder. It will also be possible to visit the Carlo-Mierendorff School in Preungesheim which represents an innovative refurbishment project. Another interesting excursion will take visitors to the Bahnstadt district in the city of Heidelberg, located just a hundred kilometres south of Frankfurt. An entire urban district has emerged on this former rail freight terminal, with different types of buildings built to the Passive House Standard. A lively mix of residential, scientific, commercial and cultural buildings on 116 hectares of land makes this project a model for sustainable urban development. "Wide-scale application of good concepts is necessary for the energy revolution," explains Ralf Bermich of Heidelberg City's Department of Environmental Protection. "The Bahnstadt experience shows that this is possible with Passive House using expert and creative approaches.“ The excursions will start in the morning on 21 April 2013 from the Frankfurter Congress Center premises, the venue of the International Passive House Conference 2013. The price of € 95.00 for each excursion includes the cost of transfers and catering as well as tour guides with English translations. Tours will end in the afternoon at Frankfurt’s central railway station. The number of participants is limited, therefore early booking is advised. 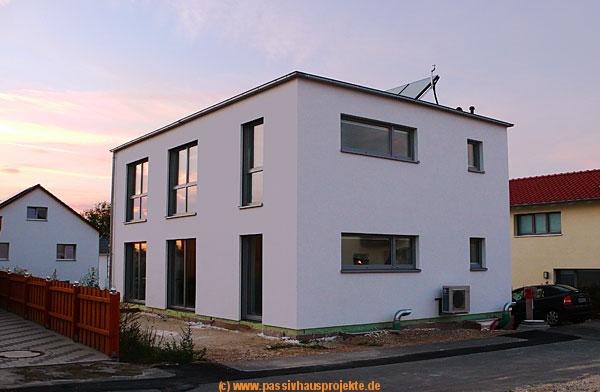 TOUR 9 | Bahnstadt Heidelberg | 8:30 - 17:00 Offices and laboratory buildings, town houses, students hostel, building supplies warehouse (Those wishing to end this tour in Heidelberg may do so at 15:30 p.m. at Heidelberg’s Central Station).